Anodizing (also called anodic oxidation) is a non-spontaneous electrochemical process by which a protective layer of aluminum oxide forms on the surface of the treated material and protects it from corrosion.

In the material it is a real surface transformation: the bare metal reacts with oxygen that develops during the electrodeposition process and forms aluminum oxide or alumina.

When an electric current supplied by an external electrical circuit (cathode) is circulated through an electrolytic cell in which the aluminum immersed in an aqueous solution, acts as an anode (positive pole), negative ions (anions) formed by the dissociation of the above 'oxygen, migrate, for attraction between opposite charges, towards the positive anode, the aluminum, which give electrical charges carrying the layer deposited on the surface being a layer of aluminum oxide formed by electrolytic process.

The layer of material size is variable (usually 10 mM), and there are two types of anodizing: that subtle and hard anodizing. The anodizing thin involves a variable layer by 5 to 20 microns, and the semi-hard, which involves a layer from 20 to 30 microns.

The anodic oxidation treatments have a very important role in the technology of Aluminium. Only 3 have a relevance to industrial level and are: chromic acid introduced in 1923 by Bengough and Stuart, with oxalic acid which was developed in Japan and also used in Germany for a couple of decades and finally the most common process introduced in 1927 by Gower and O'Brien that uses sulfuric acid. The oxide layer is variable is expressed in microns the uni 10681/2010 includes 4 classes of thickness. 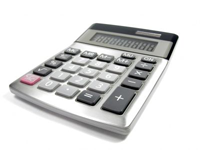